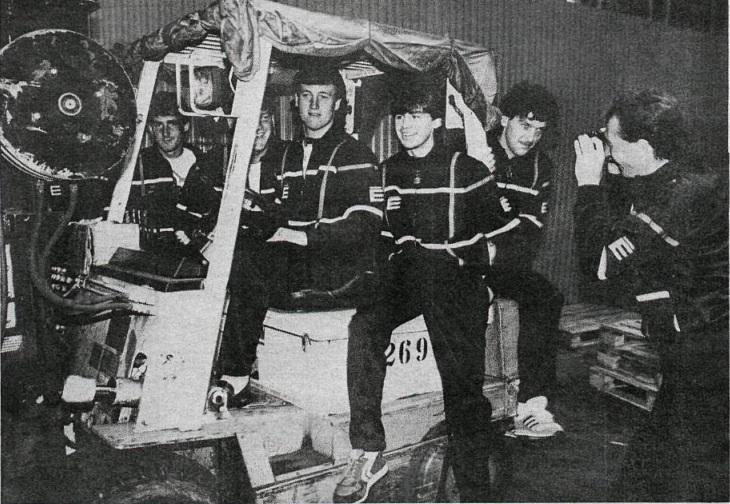 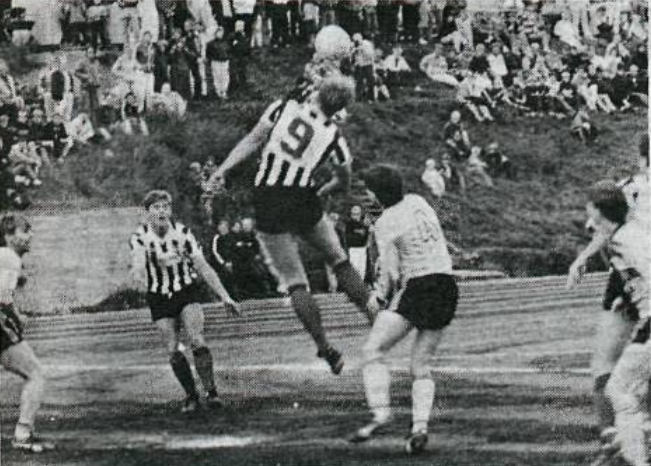 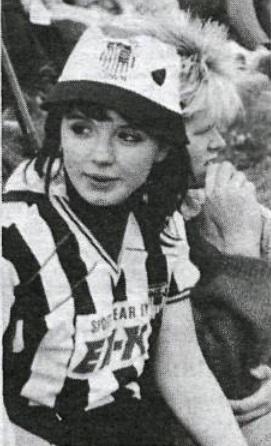 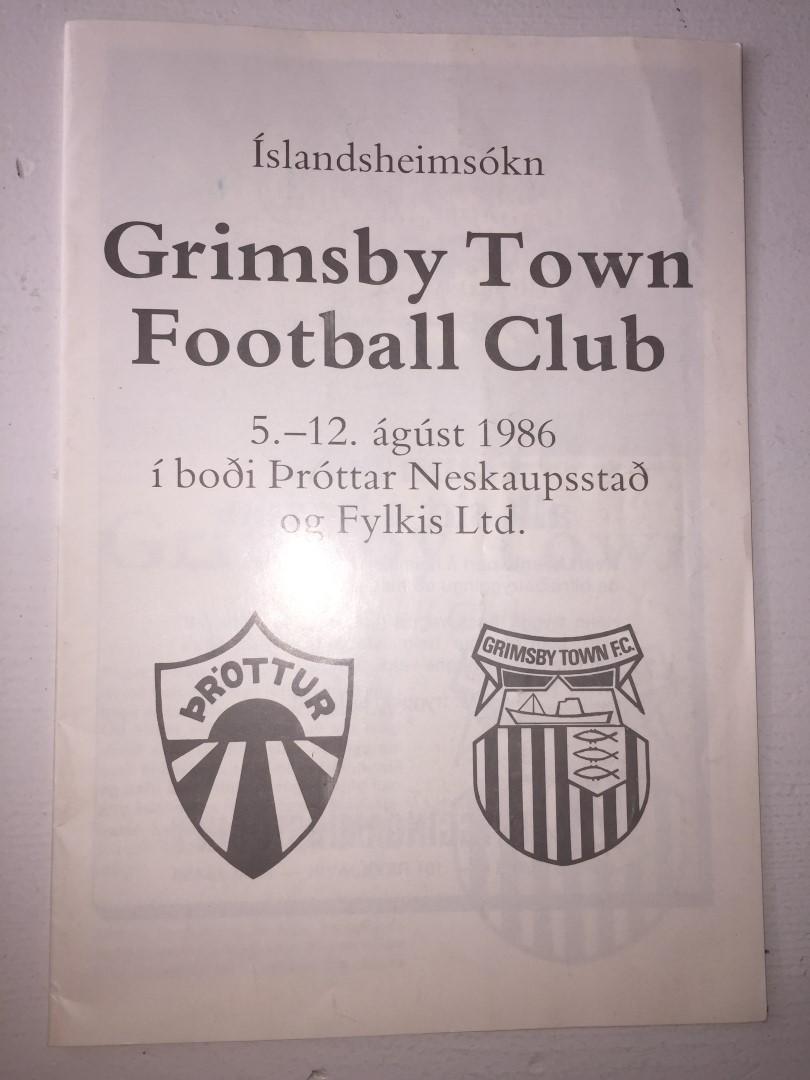 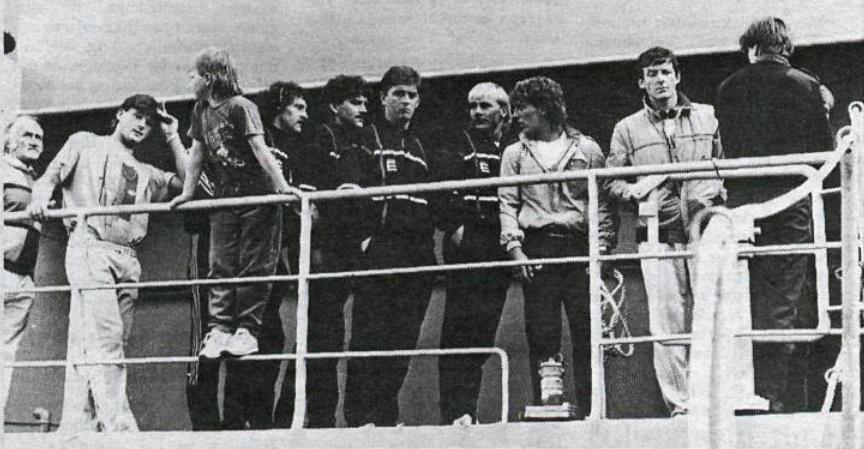 Grimsby on Iceland: Neil Matthews (back to the left), Andy Moore (partly hidden), Dave Burgess (in frontseat), Gary Henshaw (sitting on the edge), Dave Felgate (at the back) and Gordon Hobson (with camera).

The 1986/87 season became a dark chapter in the history of Grimsby Town. Economical problems and a very bad spring season led to relegation to level three for Mike Lyons’ boys.

The Fishermen’s preseason were however of the exciting kind with a week on Iceland in August 1986.

The Mariners have through time been on abroad trips to Sweden, Denmark and Czechoslovakia, but the trip upon the Polar Circle must be said to be one of a kind!

The tour was a part in making reconciliation between Great Brittain and Iceland after the Cod War.

The man behind it all was Icelandic consul in Grimsby Jon Olgeirsson (pictured), that stood for the invitation on behalf for the little 3. division club Trotur (Þróttur Neskaupstað). A delegation of 28 persons included Grimsby Town, a journalist from Grimsby Evening Telegraph and parlament member Michael Brown was travelling up north.

Three matches were played and the visit got a lot of publicity in the local newspapers. It’s from here we have found the details to this story.

The first game was against Cup Champions Íþróttabandalag Akraness, that the month later played in the European Cup against Sporting Lisbon at Akranesvöllur. One of Iceland’s biggest legends Pétur Pétursson made his comeback for IA in this game and scored already after five minutes. The striker had earlier been playing in Feyenoord, Anderlecht and Antwerpen.

This must have been the first and last time Grimsby played a game on a gravel pitch! Incredible 600 spectators came to see the game between Grimsby and the 3. division team Trotur. An attendance record in the village with 1700 persons. When the players entered the gravel pitch they held themselves to their head and shouted «Jesus Chris» was reported in the paper.

After the game manager Mike Lyons was interviewed. «The tour to Iceland has been an adventure. The players can hardly describe the beautiful nature here, espescially what we saw on the sightseeing at the shore with Odin.»

The saga of a tour came to an end against big club IBV. After the game were youngster Gisli Hjartarson invited to train with Grimsby as he anyhow should move to Grimsby.

Pictures of the program can be found at my twitter here!

More pictures from the trip

The players got a three hour long sightseeing at the wild east coast of Iceland at the ship named Odinn.

Political backdrop was behind the visit.